Is it that time already? 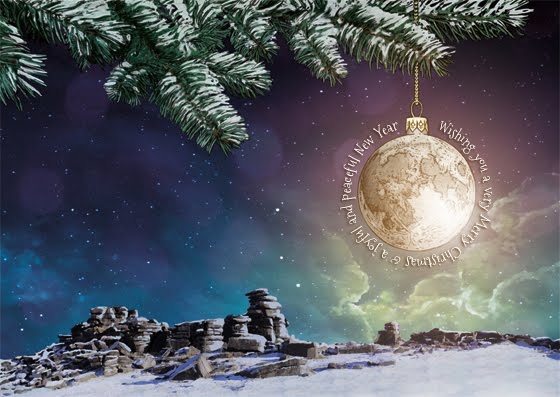 The fact that’s it’s almost just about very nearly a whole damn entire year since I posted anything on this blog probably only comes as a surprise to me, and me alone. And I’m shocked and embarrassed, but I suspect no one is losing sleep over that particular fact.

So, taking all that into account, here I am, with my now traditional Christmas and New Year greeting, an appropriate celebratory illustration or two to commemorate the festive season and an almost complete lack of news.

This lack of news of which I speak is probably mostly due to the amount of time I’ve spent actually working this year (as opposed to writing blog posts and curating my collection of paisley shirts) - not only drawing and colouring the new episodes of Strangehaven, but being rather unfortunately sidetracked in designing elaborate footwear catalogues and building outrageously ambitious websites for freelance clients in an attempt to pay off various bills that have somehow accrued ostensibly by the mere act of existing.

One heartwarming thought though is that I’ve produced more pages of Strangehaven in the past twelve months than I have done in all the years since 2005 laid end-to-end, so I’m counting that as a win. But I can do more.

Forthcoming in 2016 then, expect to see the fifth and further subsequent episodes of Strangehaven: Destiny within the pages of the marvellous British comics anthology that is Meanwhile… available from all excellent comic shops worldwide, from the Soaring Penguin Press website on your iPad from Sequential and available for your other digital devices from Comixology.

Other plans include some further activity on the digital front, with a scrubbed-up incarnation of my own website (possibly including a new item of merch or two if I can find time in between brush strokes) and perhaps some shiny new digital editions of some of my existing works.

To keep in touch with all this excitement, you are greatly encouraged to subscribe to my newsletter list by typing your email address in the little box to the right of the screen, while you will also find me most active on the social media networks known as Facebook and Twitter.

All that remains is for me to wish you all a very happy holiday season, wherever you are, and whatever you celebrate, and hope that the new year brings you peace, prosperity, good health and happiness.

Posted by Gary Spencer Millidge at 16:59 No comments: