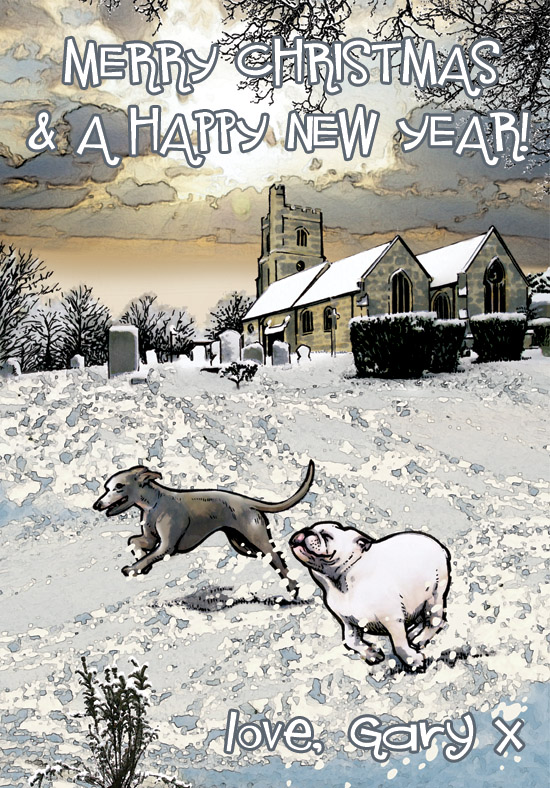 Now that the Mayan Prophecy has turned out to be another false alarm, I have reluctantly accepted that there is little chance of avoiding the onset of Christmas 2012.
Therefore I can now wish all my fans, readers, clients, friends and random blog browsers the most enjoyable of festive celebrations, regardless of religious affiliation. Any time of year that encourages people to be kinder to their fellow human beings, enjoy time with their friends and family, and look forward to the new year with renewed optimism can only be a good thing.
And in that sense at least, I concur with my fellow countryman Roy Wood and wish that it could be Christmas every day.

I'll remember 2012 as being a somewhat miserable year, following on from several other miserable years, with occasional glimpses of future promise which as yet remain unfulfilled. Personal and professional circumstances have again limited my time to pursue my dream of resurrecting Strangehaven to virtually nil. Some mysterious minor health ailments have dogged me throughout the year but most of these have been diagnosed and treated with some success. But the biggest blow was losing my darling Bulldog Babs to cancer on September 11th. My whippet Billy has also been struggling with a treatable but incurable degenerative disease since the year began, but he remains alive enough to eat, poop and sleep (but mostly sleep).
My Christmas card design this year therefore, is a small tribute to my devoted companions.

Blogging remain some way down my list of priorities, but I remain somewhat active on facebook and twitter, friend and follow if you will. I have paved my road to hell (and back) with all the blog entries I have intended to write, including pieces on Before Watchmen and Le Droit Moral, Thought Bubble 2012 and the New Wave of British Comics, and Recreating Sgt, Pepper, to name a few. You'll have to wait to read those, possibly forever.

I also intend to write a short blog post on the status of Strangehaven, which remains a top priority, if a highly elusive one. Keep the faith, brothers and sisters.
Wishing you all an enjoyable and peaceful Christmas, and an outrageously happy, healthy and successful new year.
Posted by Gary Spencer Millidge at 15:31 11 comments: